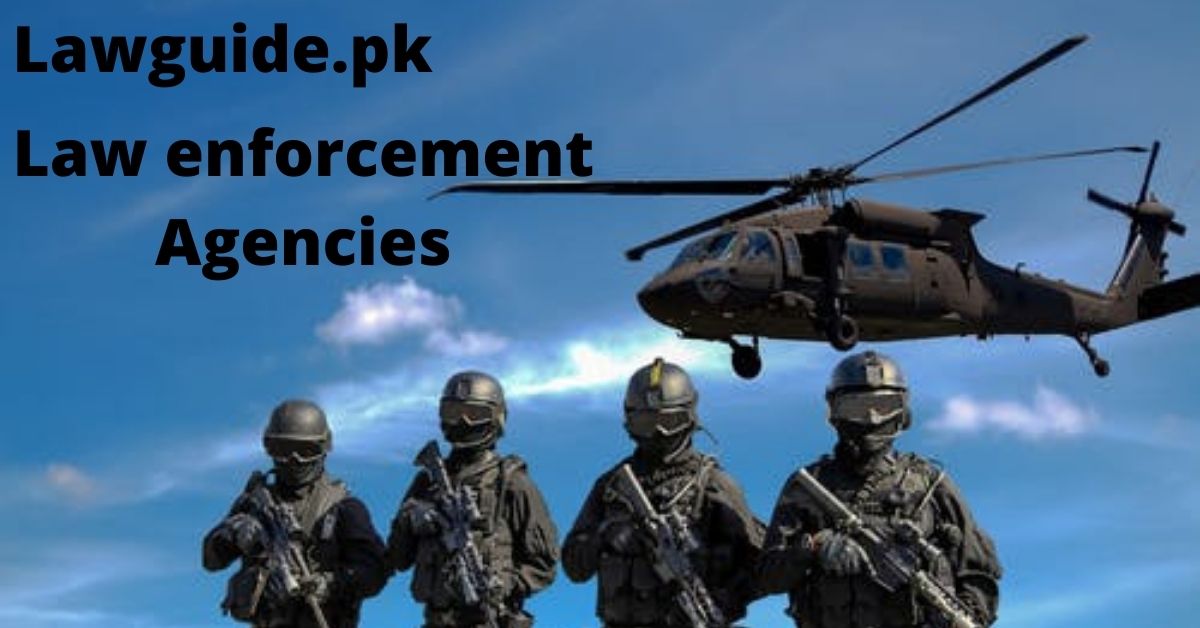 All the Law enforcement agencies are established under the Constitution of Pakistan 1973. Under the National Assembly of Pakistan, All departments are answerable.

Fia Stands for the Federal Investigation Agency in Pakistan.FIA is one of the best Federal Law enforcement agencies in Pakistan. FIA works under the Interior Ministry of the federal of Pakistan. Fia work against Terrorism, Federal crime, Fascism, Smuggling, and work for many other crimes.

NPC Stands for the National Police Academy of the law enforcement agencies of Pakistan. It is the training center for civilian agency Officers’ training.

PCG stands for the Pakistan Coast Guard. It works along the coast of Pakistan.PCG is a paramilitary force.

PRP stands for the Pakistan Railways Police. It is a federal force that works to operate the Pakistan railways system.

PC Stands for Pakistan customs. Pakistan customs play a role in the Airports and in the seaports to make everything that enters the country legal and can they can clear their custom taxes.

FBR stands for the Federal board of revenue. Its duty is to collect taxes from the People who can under the tax laws and earn money that is equal to tax scales.

GBS Stands for the Gilgit Baltistan Scouts. It is a paramilitary. It performs its duty at Pakistan-China Border.

DGII stands for the Directorate General of Intelligence and Investigation. It is the investigation branch of The Federal Board OF revenue.

CTD Stands for the Counter-Terrorism Department in Pakistan

Balochistan province has the provincial law enforcement agencies of Pakistan that work within the territory of the province.

Police stand for the Public Officer in legal investigations and criminal emergencies. Balochistan police perform functions in the 7 districts of Balochistan.

Balochistan has paramilitary Police forces that operate in the 30 districts of Balochistan Known As Balochistan Levies.

SCU stands for the Special Combat Unit for the Counterterrorism Operations

Punjab Province has a Law enforcement department which is the Police and it can play an important role in law enforcement in Punjab. It is a civilian Police force.

DOLPHIN FORCE: in Punjab, a force that deals with Street Crimes is the Dolphin Force.

POLICE QUAMI RAZAKARs: It is the Punjab police Support force

Sindh Police: The Sindh Police is a civilian force that operates in the Sindh

The special Security Unit is a counterterrorism unit that operates in Karachi City.

POLICE: The Azad Khasmir police perform in the Kashmir Territory

Police: Gilgit Baltistan Police operates in the area of Baltistan